The stars are right for Great Cthulhu’s return. It’s up to you to make them wrong again!

The Great Old Ones reach out from the future and into their past—our present—corrupting the timeline such that events and individuals turn towards the apocalyptic and lead to their inevitable rise. A small and battered resistance effort mounted by time-travelers and present-day heroes stands in their way.

You are those one-way travelers from a dark future and their crucial allies from the present day, working together to save the human race from looming apocalypse. Armed with foreknowledge of Judgment Day, you must succeed at a series of vital missions aimed at restoring hope to the future.

Can you defeat the vast unknowable evils of the Great Old Ones before you become a monster yourself? Find out in Fate of Cthulhu!

Fate of Cthulhu is a stand-alone game powered by the Fate Core System. No other books are needed to play. In this game, you’ll find:

The apocalypse is coming. It’s time to punch it in the face or die trying in Fate of Cthulhu!

In order to download this game you must purchase it at or above the minimum price of $20 USD. You will get access to the following files:

I am amazed how people focus on what Lovecraft said or did in his personal life, regardless of what he created. I don’t mean to be oblivion to his extreme ideas, but if we did the same to every writer/artist/creator we follow in life, we should erase from our lifes many of the most famous and praised authors, some of which would be much worse than Lovecraft, according to today’s moral standards -and even to their own times’-. Let’s differentiate what a guy thought to himself and what he created. The USA has recently had a quasi-nazi president, and this does not mean that we should qualify as such the nation that elected him. So please, keep things where they belong. As for myself, I will buy this excellent game by evilhat as soon as I can afford it.

Have you tried to read one of his stories at all

Yes. I have read him. You still don’t justify how his literary craft is less valuable because he doesn’t follow your contemporary beliefs.

I know this is old but this comment sort of struck a nerve with me.

You do realize that Lovecraft was considered rather racist and classist even for his time right?

Lovecraft grew up very spoiled and VERY sheltered which lead him to think that basically everyone who wasn't white, english and well off were all inhuman. I would actually argue that Lovecraft's fear of everything is what made that signature feeling of cosmic insignificance all the more powerful.  Lovecraft had a way of writing that instills lingering paranoia. He really was a master of the craft......

Doesn't stop me from thinking that he was a pathetic man and a racist though.

I just came across this page so I don't really get the drama that went down like.....2 years ago or something? But it sounds like the devs said some dumb shit on Twitter about everyone who enjoys Lovecraft being racist which.....certainly is a look for someone publishing a Cthulhu based ttrpg. I don't think the devs were right for saying that (since clearly I enjoy Lovecraft's work and I don't really think I'm racist) but I don't think what you said was right either.

Also....Lovecrapped clearly made a throwaway account just to try to get a rise out of people which is honestly pretty shitty.

Uh........sorry for rant on the three month old comment. I hope I didn't come off as rude I just care a lot about history and the horror genre.

As you yourself said, mistaking one person for what he wrote is a serious error, and a very hypocritical thing to do, since most “wasps” in the USA at the time were so racists as Lovecraft was, so only Lovecraft went a notch farther and he even made it public. He was racist, should I ban all his work for that? Trump is equally racist, should we ban all the US citizens for that, since they elected him President? Let’s not mix things. Lovecraft was racist, right. I will befriend him not marry him. I will just read him, since it is worthy what he wrote in the horror domain. Nothing else.

I wasn't saying you were a bad person for reading Lovecraft I was just saying that Lovecraft was racist even for his time and to say otherwise is factually incorrect. Like I said before I didn't mean to come off as rude and I'm sorry if I did so I just meant to correct what you said in your comment.

"Just because the Third Reich elected Adolf Hitler for president doesn't mean they're a fascist nation."

Sounds exactly like someone who neither know nor care about anything would say.

Just because the USA elected Trump, it doesn’t mean the that country is not a democracy or all of them are fascists.

"Separate the art from the artist"

Or colonizing and murdering and stealing from people with an armada

That you should address it to the British, who sinister l almost exterminated the native Americans. Dismiss didn’t; they mixed. Have you studied History?

Or is it just because it's something you like

You are just delusional. Focus. You are losing track. You are just rambling and saying things without any coherence.

Being a dead racist that people talk about is being erased

But being poor and dying in the streets isn't I guess

But he writes such good prose

I am not a fan of him. I have not read him. But when I read your nonsense, I try not to think how your moral or psyche can be ill or healthy. I just reply to your words, as such.

"Separate the art from the artist"

Please focus. This is a ridiculous statement unrelated to the topic.

I've figured out the secret of success

I don’t judge you. I judge your words. And I will not label you as a piece of shit even if I read your nonsense online.

I and reading you right now. But usually I don’t read assholes.

I will always defend your own right to express your opinion, even if it’s bullshit and nonsense. But it’s not an appeal to me. Believe me!

"keep things where they belong"

Like keeping immigrant kids in cages where they belong you mean

Or like keeping rando Muslims in offshore torture camp you mean

That you should bland to the USA. I will never defend that. And thus us not the topic. Don’t be a bigot.

What is this stuff sentence? Who said that? You! Focus, guy.

This is such a fun action-horror game, and works great for my group who aren't interested in the racist and ableist aspects of Lovecraft's legacy

So supporting a game that devs made off of a racist... is actually being anti-racist? I'm confused

Yes. Because you're supporting people who acknowledge Lovecraft's racism, and not one cent goes to the (dead) guy. The universe he created shifted and got taken over by a lot of other people. There's no reason not to use it. That's how culture works.

I thought this looked interesting, then I realised this is the game whose devs clowned themselves on twitter, calling everyone who likes the Cthulhu mythos and the works of Lovecraft racist. Not going to support those grifters so I guess I'll miss out on stellar writing like "In an alternate timeline, cultural appropriation of Afro-Atlantic religious traditions causes a zombie apocalypse". 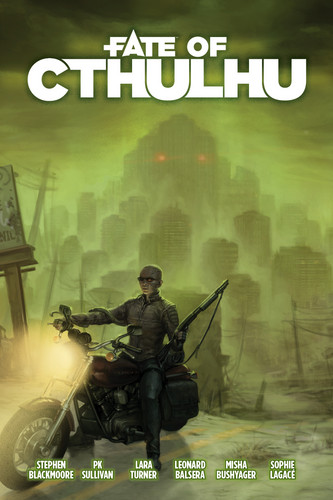 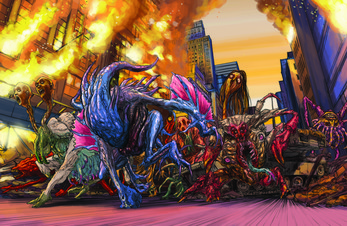 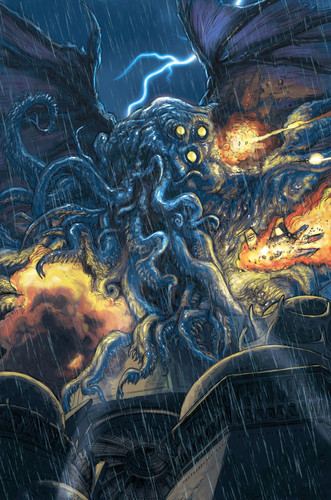