In this 23-page timeline for Fate of Cthulhu, your heroes face a hope-killing plague spawned by a god that lives outside time and space!

Another day, another eldritch apocalypse. You and the rest of your team were called in when the apocalypse prevention team at Miskatonic University identified another eldritch threat to all of human existence. Why you? Well, your number got pulled out of the “Who Saves The World This Time?” fishbowl.

You are briefed at the office by a crack team of expert historians and occult ritualists who have been collaborating on these cases. The situation facing your team is this: A literal psychic storm is growing. This malevolent psychic force has manifested as an enormous grey rain cloud that hovers over its victims’ heads, making them increasingly despondent until they lose all hope. Without hope, these people turn into mirthless enforcers of an invisible agenda. Those under its strongest effects seem to be obeying commands that only they can perceive.

Worse still, the more people under the cloud, the more powerful it becomes, spreading more readily to new victims who come in contact with anyone already afflicted. Groups of its victims are gathering, moving with grim determination towards population centers. Nobody can explain the phenomenon, which scientists and policy makers refer to as “the hope-killing plague,” though trending topics on social media have dubbed it the #EeyoreEffect, which is, admittedly, a clever name for a truly horrific phenomenon. So, fairly standard Internet response there.

By combining ritual experimentation and historical research, the occult and historical teams here in modern-day 2050 have developed a series of time travel rituals that have sent many teams like yours back in time to nip these kinds of apocalypses in the bud. The nature of cause and effect has obscured just how many times it’s happened, but evidence suggests that teams have already prevented apocalypses caused by Cthulhu, Dagon, Hastur, Nyarlathotep, Hastur again, some sort of big robot, and the King in Yellow.

It’s a great system, and there’s only a very slight possibility that it’ll cause horrific eldritch corruption.

What’re you waiting for?

A CAUTIONARY NOTE ABOUT THIS TIMELINE

This is the silly timeline. Sure, wherever there’s eldritch weirdness going on, there’s potential for comedy, but here, the PCs are face-to-tentacles with a being that transcends spacetime as we know it—a thing more powerful by orders of magnitude than any of the other Great Old Ones. There is no reasonable, rational way to fight a being for whom the linear flow of time is optional. As such, things are unreasonable and irrational. Here, the bad guys are larger-than-life, the events are absurd, and sometimes cartoon logic works. Lean into it!

In order to download this game you must purchase it at or above the minimum price of $4 USD. You will get access to the following files: 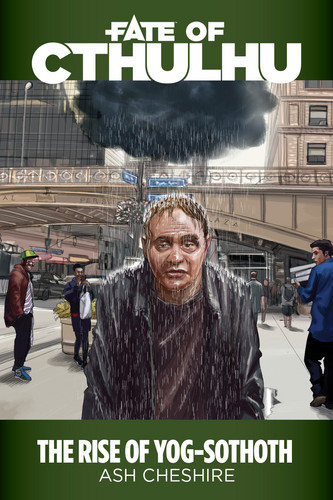 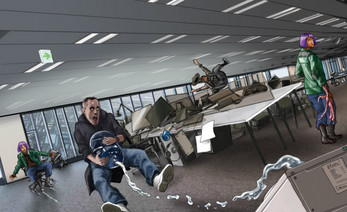 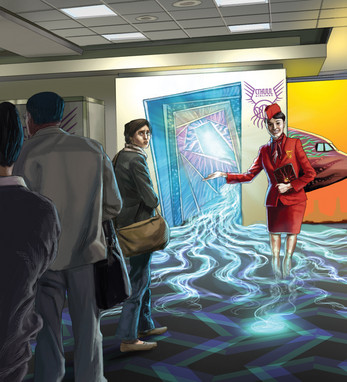 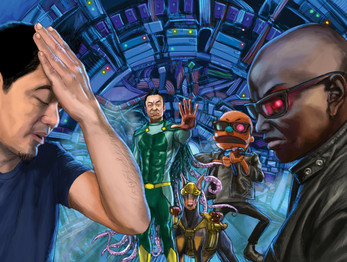